St. Stephen, Walnut Creek, CA, was founded on July 1, 1966.  It was established by Bishop Floyd L. Begin, Bishop of the Diocese of Oakland, and comprised of segments of St. Mary, Christ the King and St. Perpetua parishes on a portion of Sousa-Silva ranch grazing land.  The founding of St. Stephen Parish was assisted by a generous gift of $50,000 from St. Mary and Christ the King parishes.  The church was designed by Aaron Green, student and eventual partner of Frank Lloyd Wright.  The design process took over a period of more than two years.  The original master plan included a school, convent and rectory. 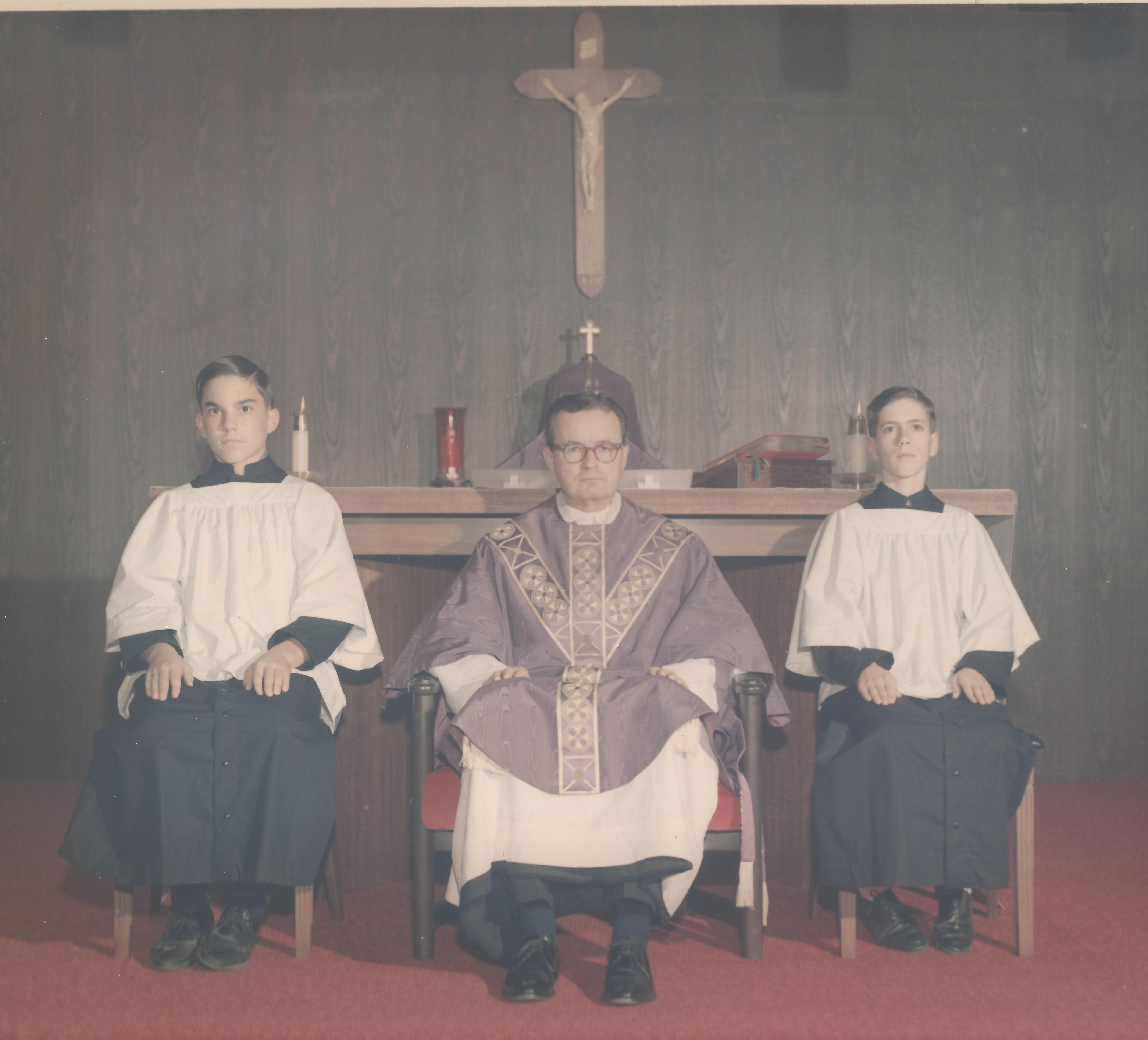 The first Mass was celebrated on the First Sunday of Advent, November 27, 1966, at temporary “St. Thrifty’s” in the Palos Verdes Shopping Center.  Church construction began in 1970 and the first Mass celebrated in the church took place on September 11, 1971.  Father Joseph F. Keaveny was the first pastor at St. Stephen.  The first organized program in the parish was the Religious Education Program for elementary and junior high students.  300 children met in 29 homes around the parish beginning in September 1966.

The Harry B. Morrison Parish Center was constructed in 2001 and dedicated in 2002 by Bishop John S. Cummins.  Church renovations during 2003-2006 included a new organ, tile, carpet, and landscaping.

Stones with peace greetings in the home languages of our parishioners

From the earliest days of the Parish, there has been a high degree of lay person involvement in Parish life.  The commitment to service that built the community of St. Stephen from its beginning over 50 years ago is still evident today.  The people of St. Stephen are serving the community through more than 30 ministries ranging from Pastoral Council, Finance Council, elementary and adult Faith Formation programs, liturgical, spiritual, and social activity committees.  The Parish is constantly encouraging all parishioners to join in and share their time, talents and treasure to build up the community of St. Stephen.

Located in the bucolic hills of Walnut Creek, St. Stephen Parish is a small, friendly, family-oriented community that considers as a part of its ministry making its facilities available, when possible, to its parishioners as well as to the greater community of which we are a part.

Rental information can be obtained by calling the parish office.